The following song has been recorded fifty years ago, between the 25th and the 27th of February exactly. Work began at 2:30pm on Tuesday the 25th of February, the first day of the sessions for the Hard Day's Night soundtrack and the accompanying album.

Two takes were recorded. Take 1 was incomplete, but Take 2 was complete. However, the Beatles decided a lighter touch was required. Take 2 was eventually released on Anthology 1 in 1995 and you can listen to it here.

You'll hear Paul fubbling the lyrics, the guitar solo is played on an electric guitar and Ringo still plays the drums ! Maybe the most kitsch element is the little riffs played by George. It almost sounds like a cheap tv quizz show organ.

The following day, Wednesday the 26th of February, a further 17 takes were made in a session lasting from 7pm to 10pm. Ringo swapped his drums for bongos and claves halfway through the session but, still, they were not happy. It was during this session that they stopped for a tea break when they would finally write the middle eight.

A further two takes (Takes 20–21) were recorded on the morning of Thursday the 27th of February, beginning at 10am. This would be "McCartney's first Yesterday" as Lennon put it. Well, certainly "the first ballad I impressed myself with" as McCartney replied.

I, myself, always fell for it. The acoustic solo by George Harrison has almost a latin vibe and this is what sold it to me. And those riffs are another Harrison's gift that many people can hum and sing. 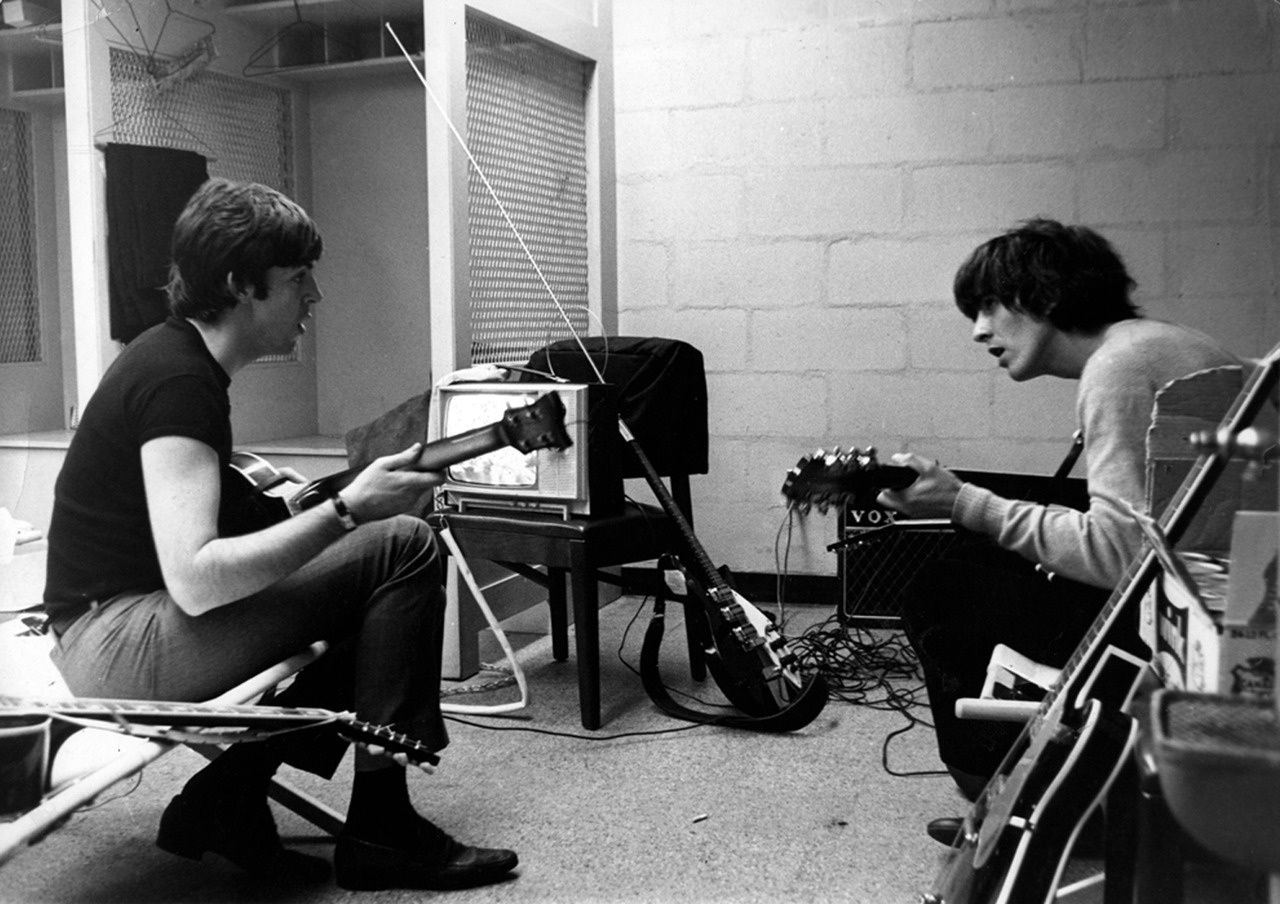 McCartney credits Harrison with the signature guitar riff, "it made a stunning difference to the song".

The more I listen to the song, the more I love the wee percussions too.

Like most of the group's songs, it has been covered many, many times. Have a look here for a list of some of the most famous covers. The versions I care the most for are definitely early ones, both recorded in 1965, they managed to give the song another twist : I recommend you to listen to the version of Esther Phillips and the one by The Wailers.

A couple of days ago, Brian Burton (Danger Mouse) and James Mercer who joined forces under the name Broken Bells, celebrated the 50th anniversary of The Beatles' appearance on “The Ed Sullivan Show” with a unique re-imagining of the song. The duo combined And I Love Her with a loop of Ringo Starr's original beats from 1967 I Am The Walrus. The performance also featured a video montage of Starr's drumming which was then edited together to sync up with Burton and Mercer's cover.

And now ladies and genitals... The Beatles !